Training in the basement is a bore - and probably not even effective - not with my outdoor mindset.
But then the friends gather regularly and whatever the outdoor situation calls for it's either biking or cross-country skiing. 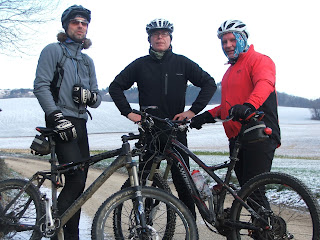 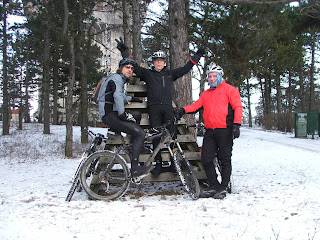 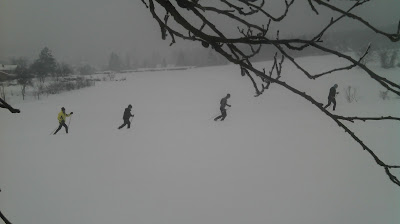 A few pics underscore the point: the outdoors are the only true trainings grounds!
Eingestellt von OStR um 09:34 Keine Kommentare:

Actually this post is about the first Niteride of the Year, but then it's also about food and the New Year's Concert by the Vienna Philharmonic Orchestra. The later two ideas are just included to increase the number of readers :-) or maybe just to widen the topical range of this predominately mountainbiking blog. 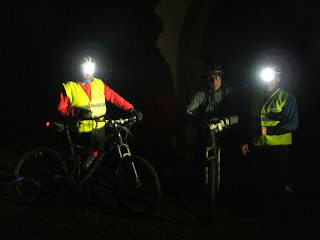 1. FOOD: I saw a Jamie Oliver video on of the last days on TV and was thrilled by the way he went about cooking - well actually I was also impressed by the light banter he exchanged over onion and garlic with his gardener (who actually reminds of a good friend of mine). And I decided to try Jamie Oliver's potato-sidedish: potatoes (peeled and precooked for 5 mins), onions, garlic, rosemary, bay leaves and a good helping of Balsamico vinegar - then put it into the oven for an hour with heat (230°C in an electric oven). You can imagine the smell while cooking: onion and this fantastic vinegar. After one hour of such a treatment your palate is ripe for the show, actually you can't wait any longer for a taste of it. Compliments to Jamie Oliver - the potatoes lived up to the expectations:
that was my first Jamie Oliver (as they say in successful TV-shows: watch out for more to come!!!) 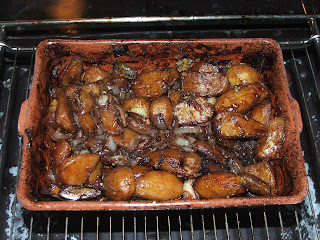 2. VPO: New Year's Concert: It#s a tradionalist thing to do: watch the concert, enjoy waltz and Straußes' music and so on. There is one break, when they broadcast a sugar sweet story on some Austrian countryside, complete with any imaginable stereotype - being Austrian you simply get sick by an overdose of Austria. Obviously this is a kind of yearly initiation of being an Austrian - sometimes too much is too much, but still unavoidable (even if it's grim, you'll have to bear it) I'll try to grin and bare it. 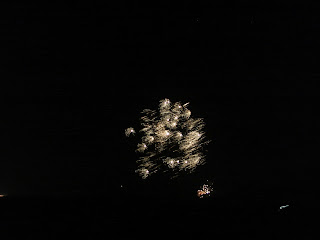 3. NITERIDE: -3°C, no snow, no ice on the trails; three showed up at my house at 17:00 sharp (2 were novices to this sort of fun), sporting lights and reflective vests. And then we rode, as always too fast for the cold, our conditions and the night. After a few frozen dirt trails, kilometers of cycling routes and a thrilling downhill though the Kirchenwald we arrived home again. To fight the stiffly cold and frozen extremities we added some isotonic beer fluids to our systems. The therapy perfomed as expected so that we are thinking of making the overall event a package to be repeated. 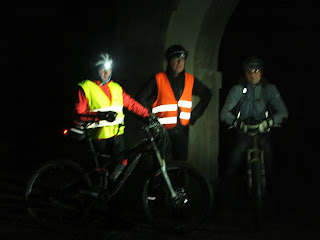 My Very Own Specials